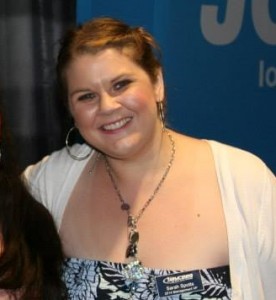 Originally from Dows, Iowa, Sarah Spotts came to Ames in 2002 to attend Iowa State University. Graduating in 2006, she not works as an accounting assistant.

Sarah enjoys watching all sorts of sports, but has a special place for Cyclone basketball and football. You won’t find Sarah at home Saturday mornings during a home game. She also likes to relax by watching TV, going to movies, and listening to music. As a Jaycee, Sarah enjoys the projects that give back to the community, feeling good about being able to make a different. She also enjoys listening to live music outdoors at Ames on the Half Shell.

Connect with Sarah if you love the Iowa State Cyclones or country music! She’s also on the look out for a golfing buddy! 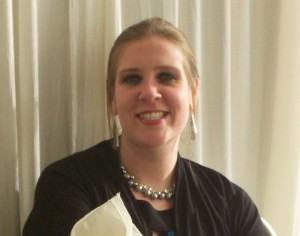 The Jaycees have given me the confidence to step outside of my comfort zone, which makes me a better person so I can help make our community a better place to live.”
Originally from Stratford, Iowa, Melissa Angstrom attended college at Iowa Central Community College in Fort Dodge. In 2006, she moved to Ames to work as a secretary at a residential treatment facility for children. In 2010, she started her career as a legal assistant with the Newbrough Law Firm here in Ames. Melissa loves her job, and considers moving to Ames one of the best decisions she’s ever made.

Melissa’s favorite past time is spending time with my friends and family! That is also one of her favorite parts of the Jaycees, Melissa has met her closest friends through the Jaycees. Melissa also keeps busy working part time for a concession company out of Des Moines. “I get to interact with customers and see and do things I never thought I would (One of the events I work is selling turkey legs at the Iowa State Fair).”

Connect with Melissa if you love live concerts. She loves country, but any live music is good music for her. She has a ton of concerts lined up this year, and would love to talk with you about her favorite, Keith Urban, or any of the many others. She also likes to see and do new things, and would love to hear about your experiences in different parts of the country and the world! 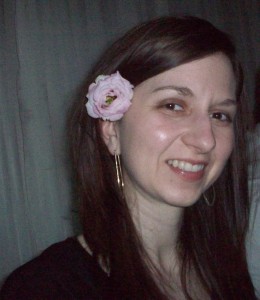 Erin Greazel is originally from Hawkeye territory but is truly a CYCLONE fan. Her blood is cardinal and her heart is a pot of gold!! ISU brought Erin to Ames in 2002 and she has been here ever since. Majoring in Consumer Food Science, she has worked at Olde Main Brewing Co. (doing a vast number of jobs), managed a coffee shop (Cafe Diem), and is currently the Assistant Delicatessen Manager at Lincoln Center HyVee.

Erin joined the Jaycees because she wanted continue being involved in a group making an impact, much like she was involved in college. The first project Erin was involved in was Ames on the Halfshell, and she loved it! Since then, she has been involved in various projects throughout her years, and most recently Erin chaired the 2014 Egg Hunt (partnering with Reiman Gardens).

Connect with Erin if you like food and coffee. Erin likes to cook and bake, watch movies or TV; and her guilty pleasure is watching TLC’s Say Yes to the Dress. Her not so guilty pleasure is The Bachelor, with Princess Farming. “So Cheesy!” Erin looks forward to serving as your 2015 IDVP, not only helping you develop individually but also as a chapter!

Chairman of the Board: Breanna Wetzler 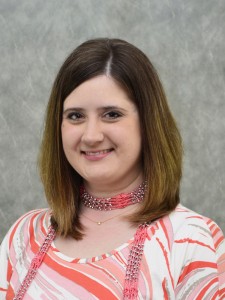 Breanna Wetzler is a communication specialist in the College of Agriculture and Life Sciences at Iowa State University in Ames, IA. In this role, she engages in communication activities for prospective students through print, web, and social media.

Since moving to Ames in 2008, Breanna has fallen in love with her new hometown. She has been involved in the Ames Jaycees since 2010, volunteering at and co-chairing many of the chapter’s projects. She was president of the Ames chapter in 2014 and will serve as the Communication Director for the state organization in 2015. She is also involved in her church with various boards.
In her spare time, she likes to quilt/sew, read, watch movies, and cheering on the Cyclones. Breanna, a native Minnesotan, received her BA in Communication Studies from Winona State University in 2006 and is currently pursuing an MBA through Concordia, St. Paul.

Breanna loves all things theater, particularly musical theater, and movies, especially if they happen to be Disney. She also likes to dance as a workout, and regularly attends Zumba classes. 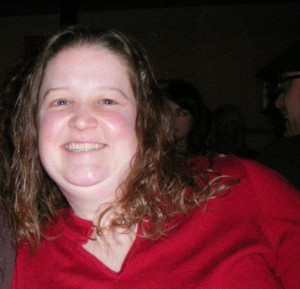